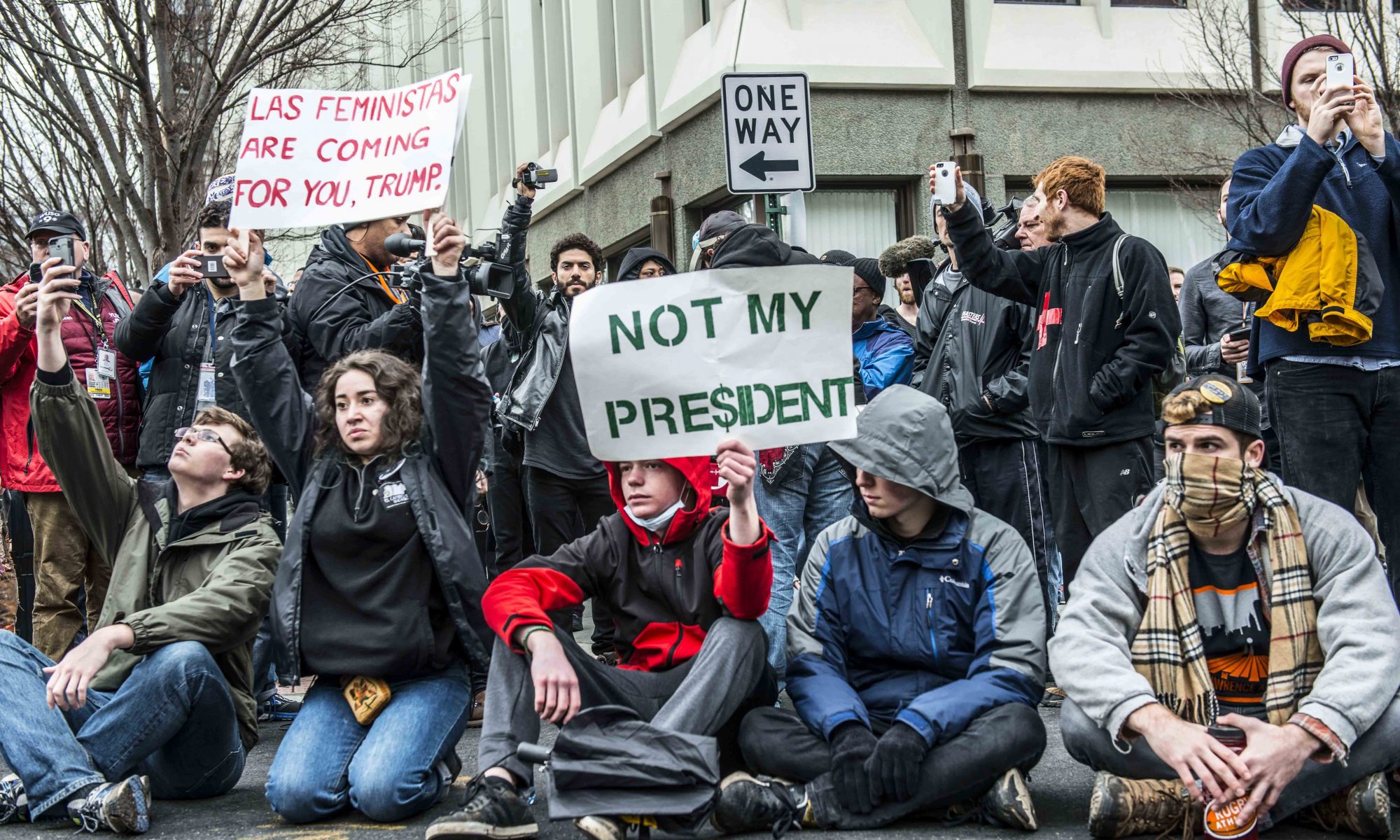 Jan 20, 2017 – Washington, District of Columbia, U.S. – Protesters and others sit by a fire in the street as police and demonstrators clash in downtown Washington following the inauguration of President Donald Trump on January 20, 2017, in Washington, DC. Washington and the entire world have watched the transfer of the United States presidency from Barack Obama to Donald Trump, the 45th president.
© Ardavan Roozbeh

NIAC condemns these acts of terror and stands in solidarity with our Iranian brothers and sisters back home. Join us for a candlelight vigil to stand against this act of hate with love for our people and community.

Our daily habits are an integral part of our personality. From a judgmental point of view, some practices are good, and some are bad. Yet, they are still indicative of who we are.
A manly lifestyle is nothing but a subset of those ordinary daily occurrences that may, or may not; happen to a man. That’s all.
What do you think? Is there a difference between the lifestyles of women and men? Take a look…
© Ardavan Roozbeh

These photos are from a mass grave in Shindand district, Herat province in western Afghanistan. In it, there are the buried bodies of children, women, and men coming back home from Iran.
America led coalition forces had just obliterated the Taliban nearly a week ago. As of fleeing, the Taliban who according to their doctrinal beliefs considers killing Shiites a religious good deed buried alive -in mass graves, and only in a few days- a large number of Hazara’ citizens. Their crimes? Being Shiite and being there at the time: that’s all.
Many of these people were returning home from abroad when they were identified and buried alive by the Taliban forces. Winter of 2004.
© Ardavan Roozbeh

Anti Israeli Aggression Demonstration at Trafalgar Square, London
Just hours after the Israeli invasion of southern Lebanon, anti-aggression groups poured into the streets of central London to protest this latest Israeli act.
The demonstration – a surprising alliance of the opposite-unified almost all the Lebanese political and civil society activists: Naked girls, wearing only bras, carrying the Shiite Hezbollah flag, fashionable London girls posing with photos of Ayatollah Khomeini, burqa, and veil wearing girls alongside boys dressed in the latest fashions al side by side. Summer of 2004
© Ardavan Roozbeh

To illustrate this concept, I chose to photograph my subjects in a studio environment.
These photos show a male firefighter in full gear and a female paramedic with the equipment necessary to resuscitate patients with heart problems. The colors are highlighted to place more emphasis on the subjects. Direct flashlight on faces and color saturation were the essential tools used in this project. I have tried to illustrate that firefighters are above and beyond ordinary people. At the same time, anyone with the right attitude and stamina can become a firefighter. A-Frame, A Firefighter, is a collection of hand-picked photos from more than 100 shots taken in the studio.
© Ardavan Roozbeh 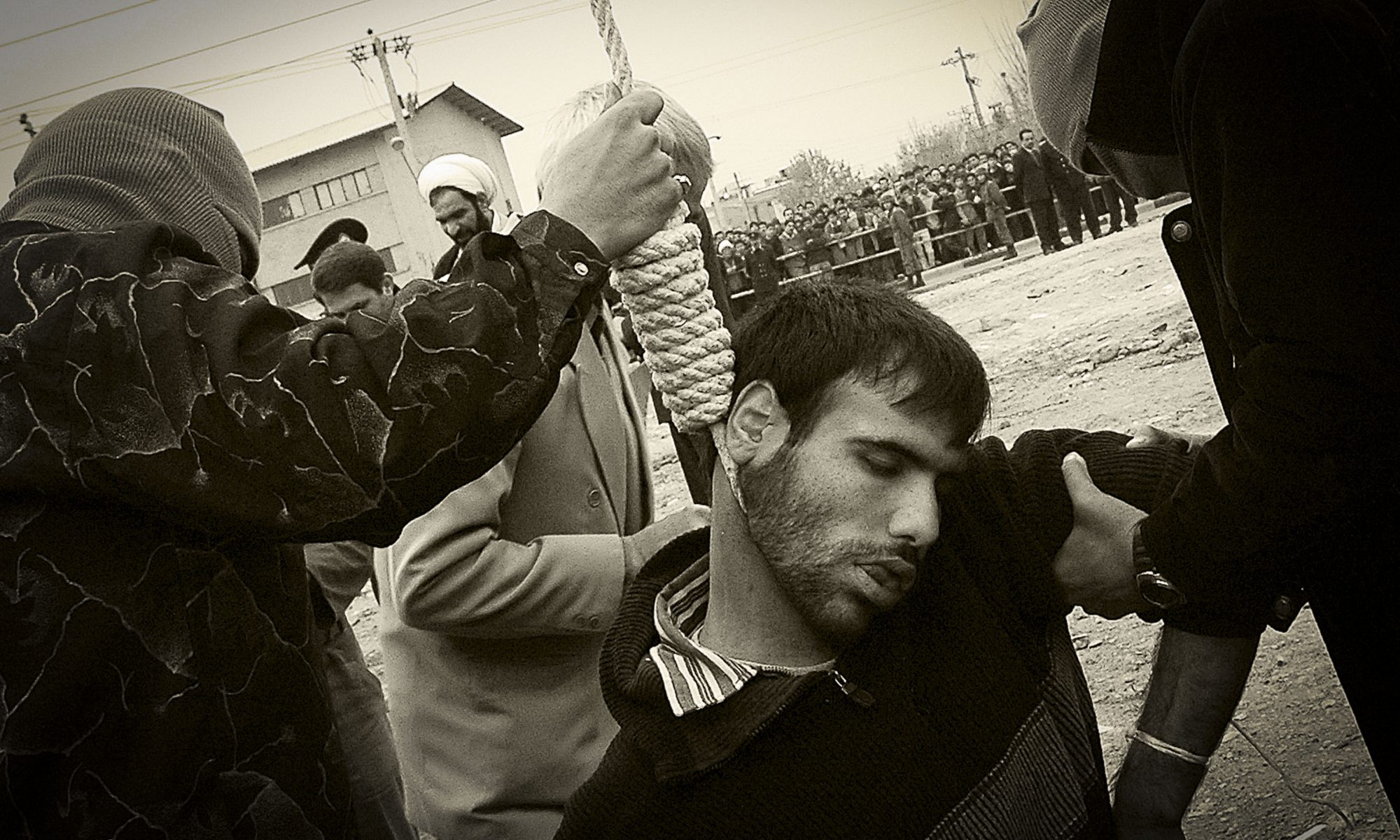 Iran is a signatory to the International Covenant on Civil and Political Rights which calls for the abolition of death penalty.
The judiciary laws in Iran are, however, an amalgamation of international and Islamic Shari’a laws. One of these rules is the “Retribution” law and is used by the Iranian Criminal Justice system to circumvent the article. True, there are no death sentences issued in Iran. Instead, the judges take the retribution rout for punishing the convict by moving the law from the societal to the individuals, domain. This affords the victim’s family the right to seek retribution either by having the authorities kill the killer or demanding other kinds of compensation, as they deem fit.
The photos below show the public execution in Iran of a 32-year-old man who had raped and murdered eleven women. Invoking the Retribution Law, his victims’ families demanded his execution. And a death sentence by hanging was issued. His lawyers appealed the conviction and were denied, three times. He was executed on a sultry winter day in 2005, at a locale close to where he killed his last victim.
A few minutes before his execution, I asked him how he felt.
“I’m terrified of the thought that I’ll shortly meet all my eleven victims in the other world.” He said. 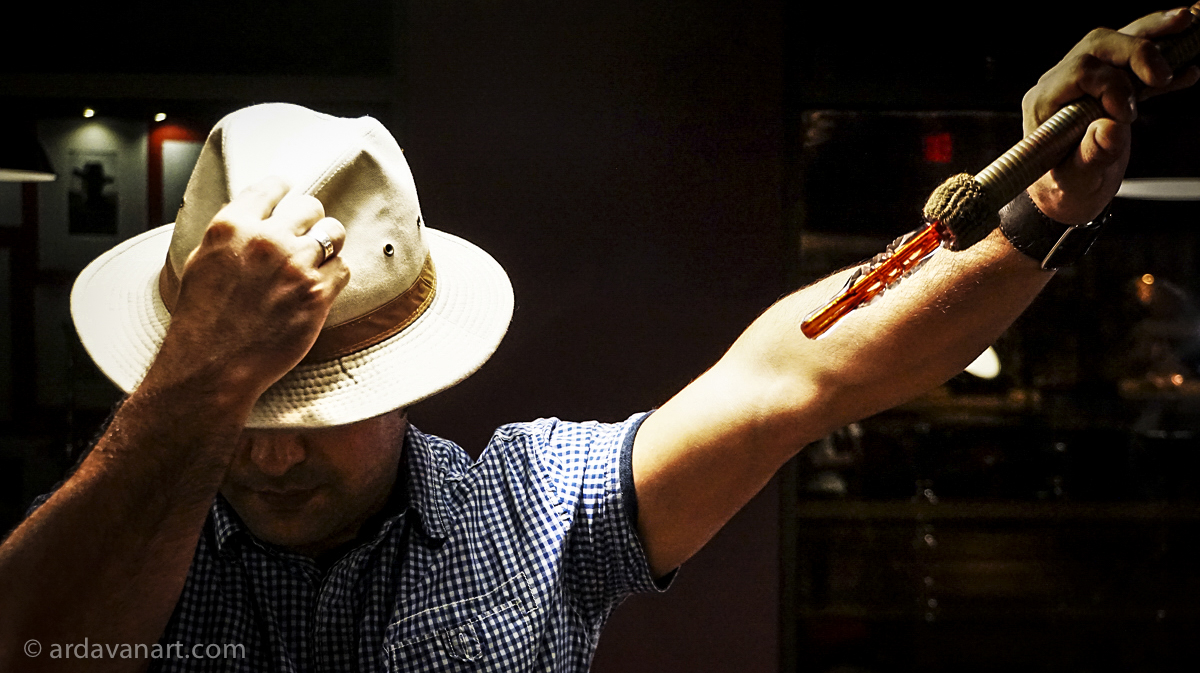 The mustache Cafe is a Hookah Bar in Rockville, MD that is a right place for gathering and Hookah for young people. The manager’s name is Damon, 24 years old and he has a new kind of business in Maryland. Hookah or Shisha is a kind of traditional smoking of the Middle East. Every day many people have questions about Hookah from him. Also, many people think its like Pot but wrong. Mustache Café opened every 6 PM in the whole of the week and closed after midnight. Most of the young people are their customers. They come to the café not only for taking Hookah but also for gathering and fun. Damoon, Mustache Café’s manager, works for two things, cover the college expenses and works precisely on his major. 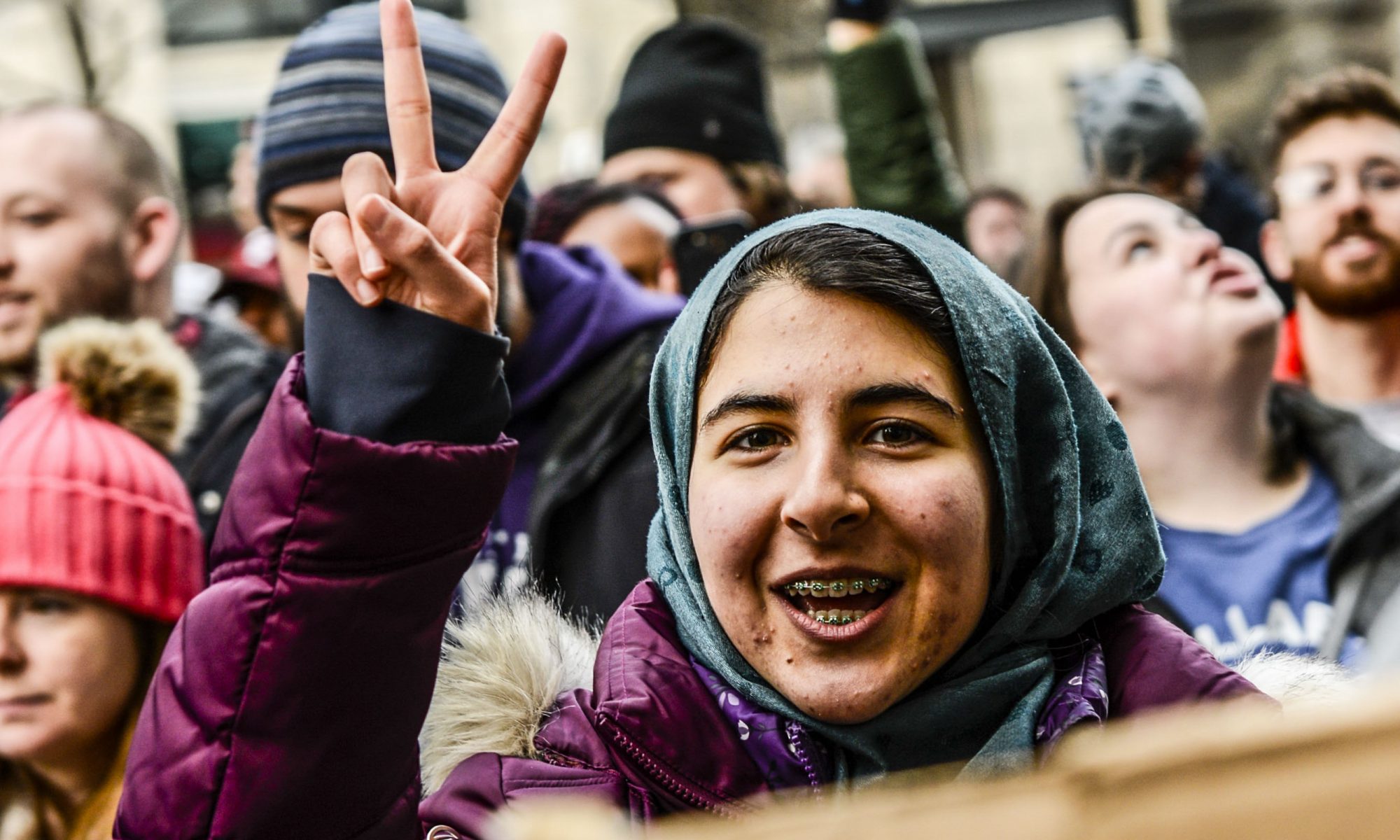 January 29, 2017 – Washington, DC, U.S – Protesters gather outside of the Trump International Hotel during the protest on January 29, 2017, in Washington, DC. Protestors in Washington and around the country gathered to protest President Donald Trump’s executive order barring the citizens of Muslim-majority countries Iraq, Syria, Iran, Sudan, Libya, Somalia, and Yemen from traveling to the United States.

There is a proverb in the English language that says: “A picture is worth a Thousand Words.” Writing –as a formal means of communication—needs words that are common within a certain language. That is not so with a picture. It is the universal language for all. In particular, a photograph –as a bona fide picture form- is indeed, better than writing. True, photos can be altered using tools like Photoshop. But what you see is exactly what the photographer has felt. There is nothing hidden, and that, even the photographer may not have realized at the time of taking the photo.